To say that this Green Mill show was mesmerizing doesn't do it justice. If it were a religion, it would convert an atheist. I genuflect to Mr. Bird.  I have had the good fortune of following Andrew Bird for more than 18 years.  I first saw him randomly in a club in the village in NYC when I was visiting family.  He and his band were then known as Andrew Bird's Bowl of Fire and they were captivating then. Bird is a native "Chicagoan", a graduate of Lake Forest High School and Northwestern University, with a degree in violin performance. His music and talents are difficult to categorize since his genres span from jazz and swing to indie rock and folk.  Bird is a singer and multi-instrumentalist, with violin and guitar at the helm, and is known for his astounding whistling skills, for which he is a virtuoso.

This intimate and special performance, showcasing his latest album, My Finest Work Yet, was an immediate sell-out and I was lucky to be offered a ticket by a dear friend. The venue, The Green Mill Cocktail Lounge, first opened in 1907 as Pop Morse's Gardens and later Pop Morse's Roadhouse.  The change in name to The Green Mill was inspired by the Moulin Rouge in Paris.  The historic Green Mill was known as a gangster hangout and speakeasy during Prohibition and is said by some to be haunted.  The memory of seeing Andrew Bird, up close at this venue, will be impossible to erase.  His passionate and bewitching performance was the best of the six or so I have seen in my lifetime and he played like it was his last.  Thankfully it is not as he is scheduled to be at the Chicago Theatre this summer on July 16th.

Enjoy the videos below:  A cover of the jazz standard "I Can't Give You Anything But Love"(Jimmy McHugh and Dorothy Fields, 1928) and "Damn You For Being So Easy Going" from Bird's The Swimming Hour. 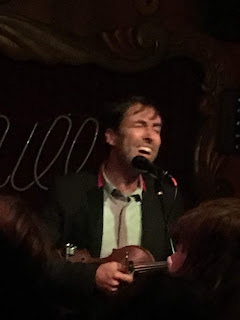 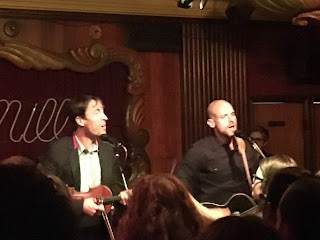 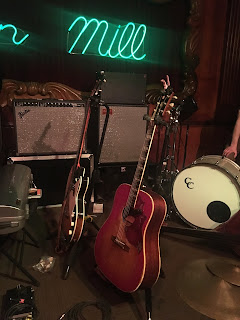 Posted by Melody Perpich at 8:54 AM